Application of Auto-Control Technology in Bio-Fermentation
Home > News > Application of Auto-Control Technology in Bio-Fermentation
Share:
The characteristics of biological fermentation reaction parameters arediverse. It is changing not only with time, but also with the metabolism of flora.At the same time, the law is also changing, which is a nonlinear system.Initially, laboratory analysis was performed through manual sampling to obtain information about the parametric variable of the fermentation system, thereby controlling the entire fermentation process. Although this low-automatic operation method saves initial equipment investment, it also faces some problems in use: increased labor costs, large raw material energy consumption,low equipment utilization, parameter information feedback delay, personnel operation errors or mistakes and unstable products yield.
Facing the increasingly fierce market competition, more and more companies arelooking for improving the production process, such as the introduction of automatic control systems in fermentation process, the use of test technology,sensing technology, fuzzy prediction control technology for the digital control of temperature, tank pressure, pH, dissolved oxygen, air volume, fed, foam, agitation speed, and motor display of incorrect operation. It not only saves a lot of manpower, but also improves production efficiency and product quality. 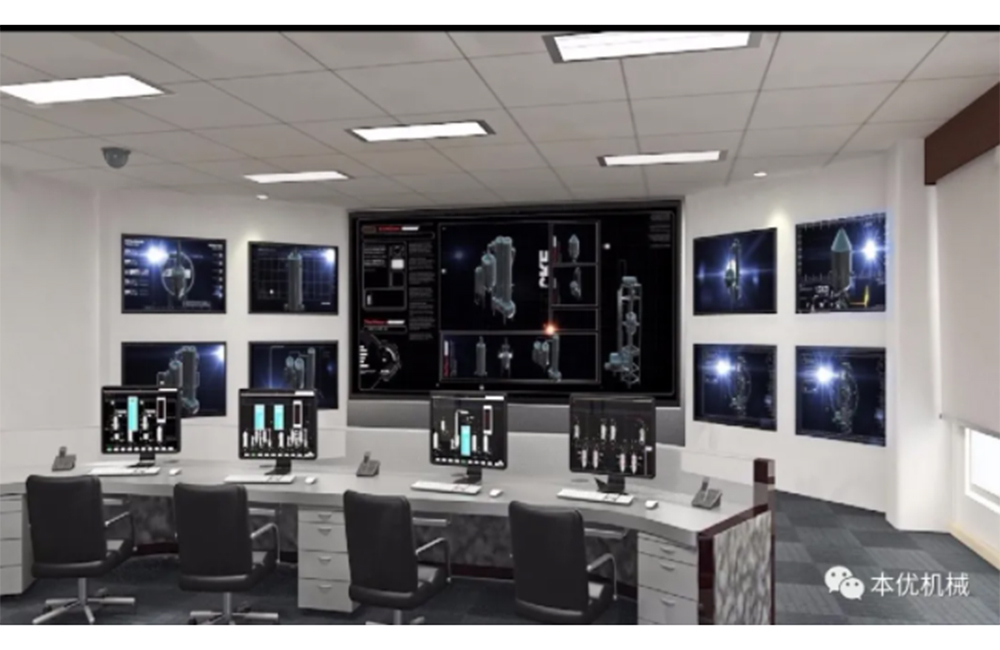 Introduction of Fermentation Automatic Control System
Fermentation parameters are the physiological and biochemical characteristics of the fermentation process and its strains, and it is also the main basis for people to control the fermentation process. In the fermentation process,the key to achieving automatic control is the sensors which measure various parameters. The variable changes of fermentation process detected by the sensors are converted into a standard electric signal from non-electric signal by the transmitter. Finally, they are displayed, recorded or transmitted to the computer for processing by the instrument.
The fermentation automation control system includes three parts: detecting element, control part and action element.
1.Detecting Element
There are different kinds of classification methods for sensors. It can be classified as offline sensor and online sensor according to the measurement methods; as sensors made by force sensing element, heat sensing element, light sensing element, magnetic sensing element, electrochemical element and biosensor according to the measurement principles. Because of the easy transmission of electric signals, most sensors are outputting electric signals, such as voltage, current, resistance, inductance,capacitance, and frequency.
2.Control Part
The main function of the control part is to compare various parameter signals detected by the detecting elements with predetermined values, and meanwhile to output signal commands to the actuator for the adjustment control. Switch control and analog control are generally used. Switch control refers to the two states of on and off, and is represented by 0 and 1, which is either on state or off state. For example, in the control of fermentation process, the switch control can only control the opening and closing of the valves. Analog control refers to the control which can not only control the opening and closing of the valves,but also can control the opening and closing degrees of the valves in thefermentation process control, so as to play a regulatory role.
3.Action Element
The action element is an element that directly performs the control action,such as electromagnetic valve, pneumatic control valve, electric control valve,reducer, peristaltic pump, etc. It reflects the signal output by the controller or the control variable changed by the operator's manual intervention. The actuator can operate continuously or intermittently.

In the fermentation process, a resistance thermometer is usually used to detect the fermentation temperature. Resistance temperature measurement is based on the properties of the resistance value on metal conductors or semiconductors which is changing with temperature, and the change of resistance value is converted into an electric signal. The electric signal passes the control commands to the actuator through control instrument and various control switches or loops. Thus, it can turn on (close) the cooling (heating)device to keep the tank temperature constant and achieve the purpose of automatic temperature control.
When the fermentation temperature control finishes,there always exists hysteres is phenomenon. Timely and reasonable control often requires the experience and skills of engineers.
2.Tank Pressure
There are many types of pressure sensors, including resistance strain gage type, piezoresistive type, inductance type, and capacitive type. Among them,the most widely used is the piezoresistive-type pressure sensor, which has higher accuracy and better linear characteristics, and besides medium price.The pressure transmitter converts the pressure of the fermentation tank into anelectric signal to access the control system. The pressure control method isgenerally to adjust the intake flow-rate or air displacement to maintain the required pressure during the fermentation process.
3.Agitation Speed
The agitation speed can be measured with a magnetic induction velocimeter,a light induction velocimeter or a tachometer generator.
4. Air Flow Rate and Liquid Spraying Rate
Flow rate detection generally includes the uses of metal float flow-meter,electromagnetic flow-meter, vortex flow-meter, etc.
Metal float flow-meter must be installed vertically and the strike is from bottom to top. When material or air passes by, a pressure difference is created on both sides of the float, which causes a levitation of the float with an upward impulse. As the flow rate changes, the position of the floating rotor also changes, causing a change in capacitance or resistance, which is converted into an electric signal. After amplification, the starting controller can realize the automation of flow rate control.
Electromagnetic flow-meter uses the principle of flow liquid cutting magnetic field to generate induced electromotive force to detect the flow rate,and can be used to detect the flow rate of conductive fluids (such ascirculating water, etc.).
Vortex flow-meter, whose basic principle is the Kármán vortex street,uses the relation that vortex flow separation frequency is proportional to the flow rate to detect the flow rate. The vortex flow-meter can be used to detect the flow rate of the conductive or non-conductive fluid, so its applications are very wide. It can be used for the detection of steam, air and pure water.
5.Volume, Weight and Foam
The detection of volume generally adopts the differential pressure method which means the liquid spraying volume and liquid height can be calculated by using different pressures between the upper and lower two or three points of the fermentation tank. A differential pressure transmitter is usually installed on the fermentation tank to detect the volume in the tank.
In addition, the weighing sensor can also be used to detect the weight ofmaterial in the tank. The weighing sensor is often used in the fermentation batching section.
Foam detection generally uses electrode probe method. When the foam rises and reaches the sensor, an electric signal is generated, then the signal is fed back, an alarm is given, and de-foaming agent is added.
6.P H
The pH test generally uses a composite pH electrode. This kind of electrode has a compact structure and can be sterilized by steam. Its working principle is that it has a certain electromotive force when immersed in a solution with aglass electrode and a reference electrode. The pH transmitter is connected to the control part, and the automatic valve or peristaltic pump is controlled by the loop system to adjust the pH value.
7.Dissolved Oxygen
At present, due to its own characteristics, the fermentation industry uses the method of expressing percent saturation of air to represent dissolved oxygen. Before inoculation, the conditions of normal culture are simulated (agitation,temperature, tank pressure, aeration), and full-scale calibration is performed.At this time, dissolved oxygen is regarded as 100%, and it will not be corrected after adjustment until the end of fermentation. Therefore, the reading data displayed by the dissolved oxygen electrode during the fermentation process is actually the percentage of dissolved oxygen content during calibration.
Generally, in deep submerged fermentation process, the concentration of dissolved oxygen depends on the speed of oxygen’s entering the culture medium and the speed of oxygen consumption by biological cells. The main factors affecting the speed of oxygen’s entering the medium are agitation speed, air flow rate and tank pressure. Depending on different fermentation technologies,the way to adjust the dissolved oxygen is also different. The agitation speed can be adjusted first before adjusting the air flow and tank pressure, or one ofthem can be adjusted only. 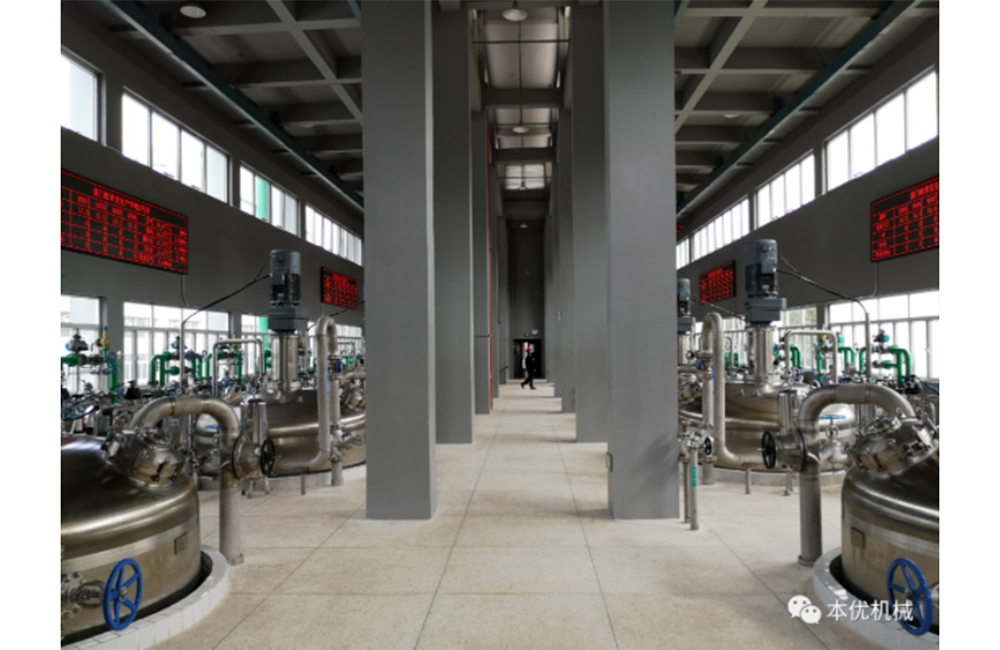 Characteristics of Shanghai Beyond Fermentation DCS Automatic Control System
Shanghai Beyond fermentation DCS distributed control system includes the control engine which is composed of PLC programmable controller including PLC integrated circuit board and operation computer (or man-machine interface). It has the characteristics of centralized management and decentralized control. The calculation control and fermentation data collection are all completed by the PLC controller, and the entire fermentation process is real-time monitored through the operation computer (or man-machine interface) to organize the recorded data. PLC control system has high performance-price ratio and good stability, and has become the first choice of automatic control core for small and medium-sized control systems. 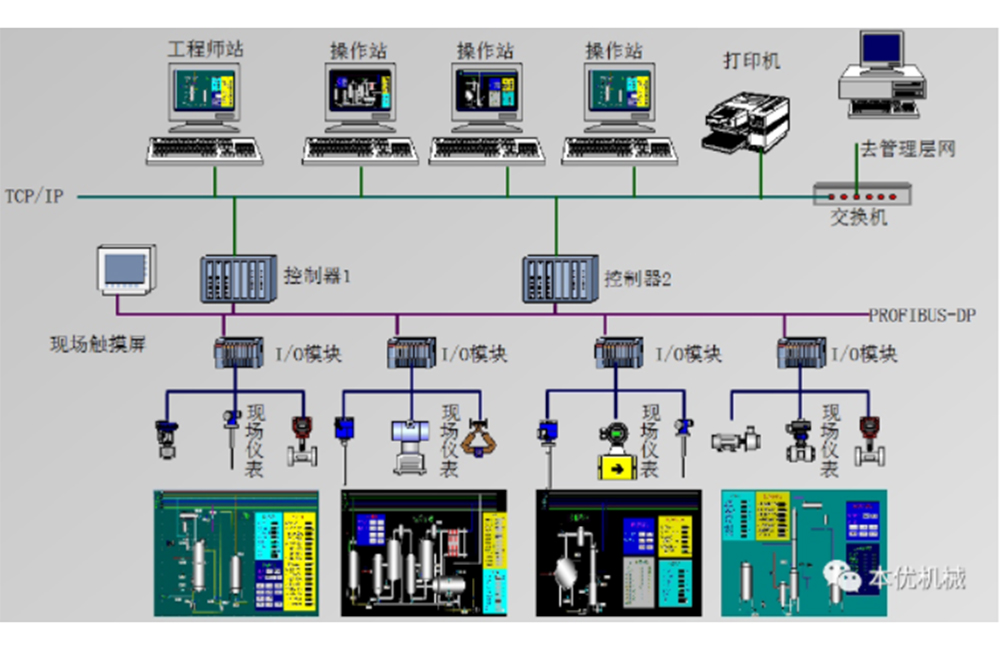 The whole system is composed of host computer/field touch screen,man-machine interface, PLC, field detection controller, field display meter,etc., and it communicates with Ethernet through field-bus.
The PLC system mainly completes the collection and control of each detection quantity in the system, and transmits the data to the host computer through the data line. The host computer configuration software completes the functions of system's real-time data displaying, recording, parameter setting and historical data processing.
The host computer can beconnected through the Internet. Under authorization, any operator with network connection can operate the system. 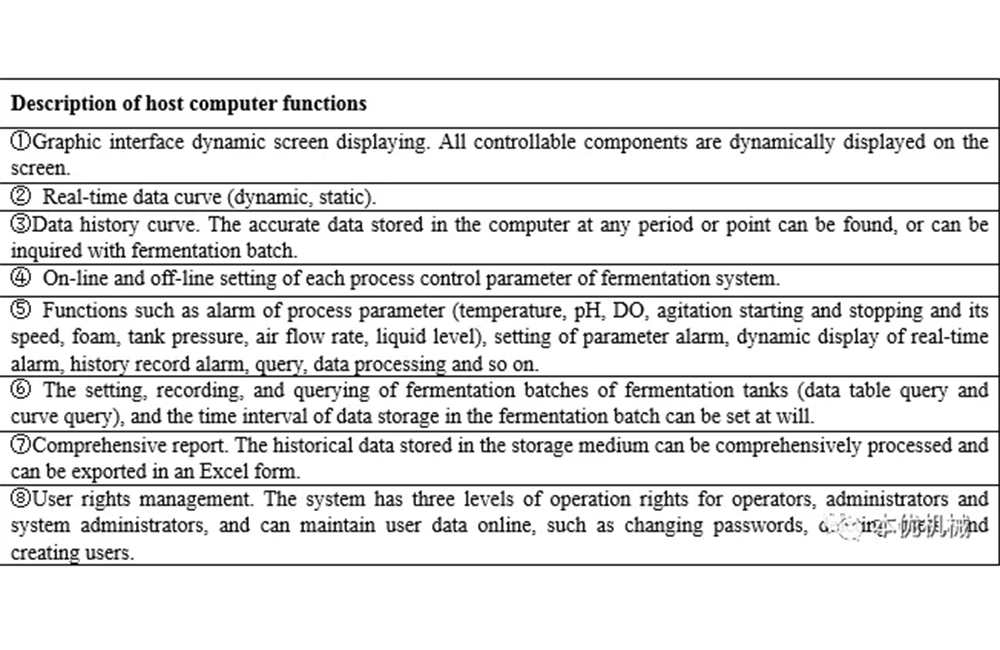 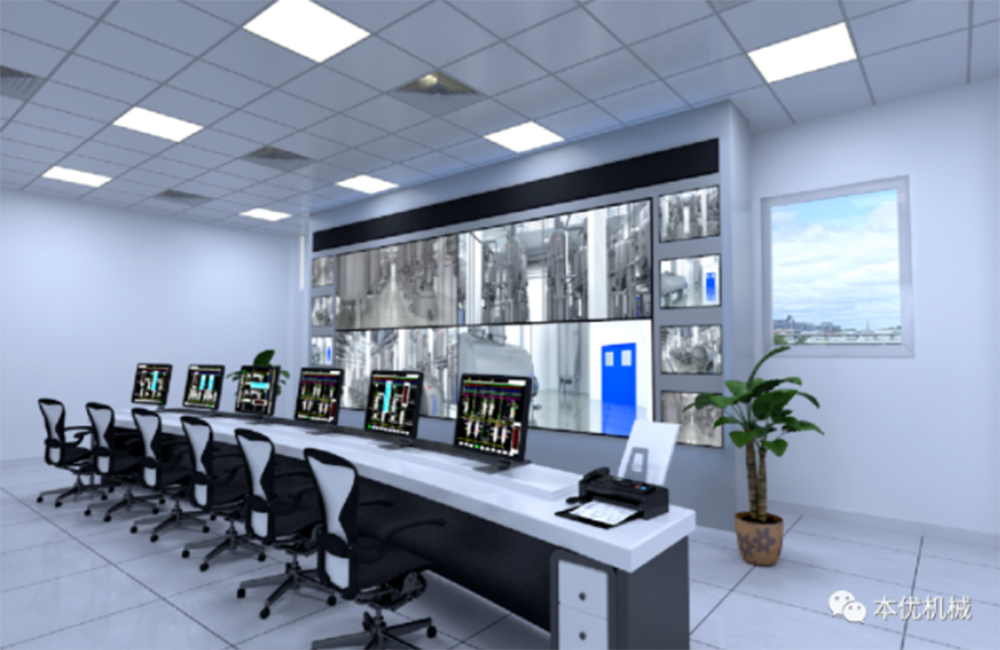 Above is all we talked today about the application of Auto-Control Technology in Bio-Fermentation, if any question or request, please contact Beyond service engineer.
Previous:
Introductionof Production Management In Error-proof System
Next:
Vertical Mixing Tank With Double Reducer Motor
News
Hot Product 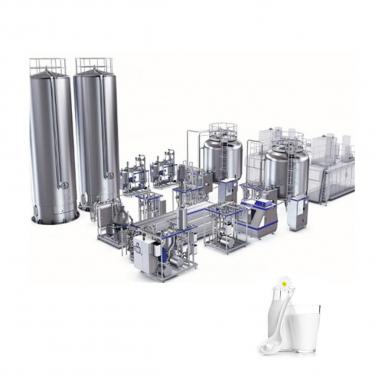 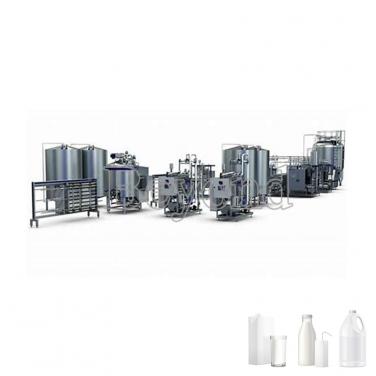